Billy Ocean, won the 1985 Grammy Award for Best Male R&B Vocal Performance with his song "Caribbean Queen," sat down with the Vegas Scene team tool talk back stage about his music, and love for life at The Cannery Casino & Hotel located North Las Vegas, Nev.  Ocean became an international sensation in the 1980s with multiple hits including "Suddenly," "Get Outta My Dreams" and "Loverboy." →View Video 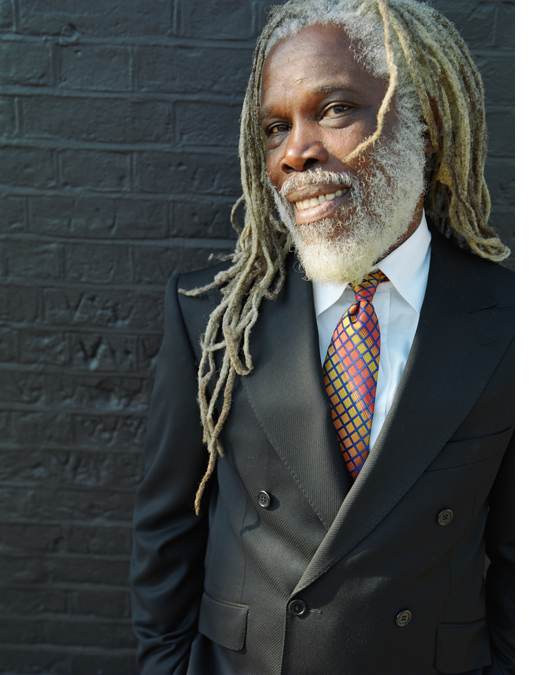 Billy Ocean is the biggest black recording artist Britain has ever produced, having sold more than 30 million records in his lifetime.

He was born into a family of musicians in Trinidad and Tobago in 1950. The family moved to England when Billy Ocean was a child and allowed him as a teenager to perform in the London club scene where he honed his talents as a singer and songwriter.

In the mid 1970's, Billy Ocean gained critical acclaim in Britain for his own songs and for writing and composing songs for other artists. His fame skyrocketed in the 1980's with his international hit "Caribbean Queen" and other songs from his album "Suddenly." Billy Ocean won the Grammy for Best Male R&B Vocal Performance and was also nominated for the British Award for Best British Male.

In 2010, Billy Ocean received a Lifetime Achievement Award at the MOBO (Music of Black Origin) Awards Ceremony. 2011, Sir Paul McCartney presented Billy Ocean with the title Companion of the Liverpool Institute for Performing Arts. Today Ocean is in the midst of an international tour after time spent in the studio with a favorite collaborator, Barry Eastman.

The legendary artist after the show asking him questions about his career. After seeing the concert first hand I have to say I was impressed to hear his voice is just as crisp and strong as it was in the 80’s when he introduced a lot of his hits.  I asked Billy back stage how he has kept his vocals after all these years and this is what he shared with me.  Billy said he feels it is important to get plenty of rest, not to drink before a performance to eat healthy. He mentioned he is a vegetarian and he likes to run on a daily basis to keep us his physical heath.   A special thank you to the Cannery Hotel-Casino.